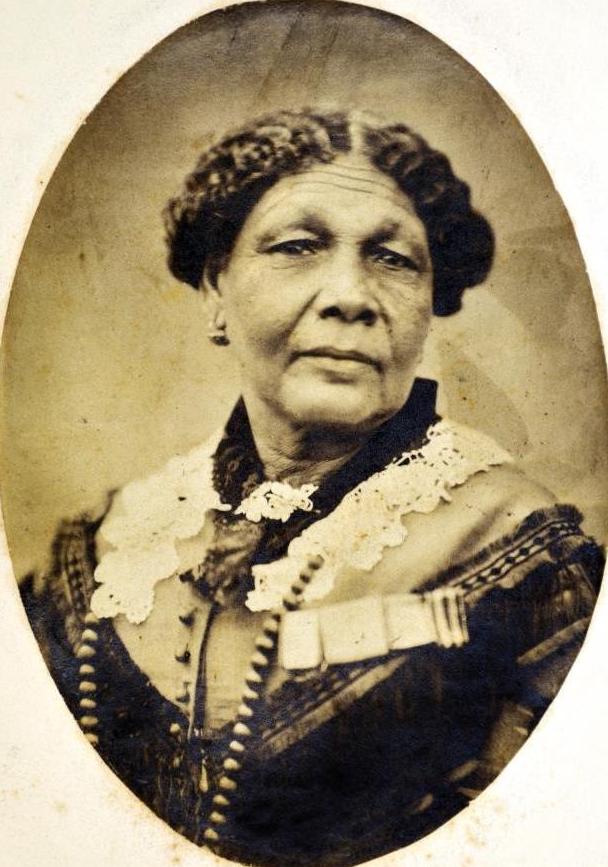 Our Lady Mary Seacole
Mary Seacole was born in Kingston, Jamaica in 1805. Her father was a Scottish soldier, and her mother ran a boarding house where she cared for invalid soldiers and their wives. Mary learned medicine from her mother and gained reputation as a skilful nurse.

A born healer and a woman of driving energy, Mary overcame official indifference and prejudice. She found her way to the Crimean war (1853-1856) at her own expense; and risked her life to bring comfort to wounded and dying soldiers. Mary Seacole became the first Black woman to make her mark on British public life; but was relegated to obscurity until recently. Her reputation for service during the Crimean War rivaled Florence Nightingale's.

Courtesy of the National Library of Jamaica. www.nlj.org.jm