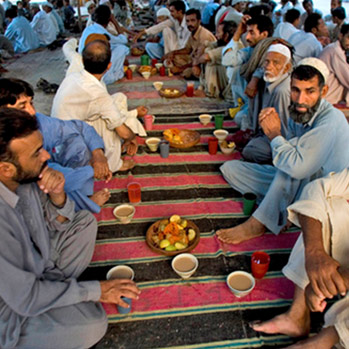 Most African and Caribbean people are unaware that diabetes has reached epidemic levels in their communities, but can be prevented from doing greater damage to future generations. At present this message is not getting through as well and as quickly as it should. Research done by Diabetes UK, shows that most health experts agree that the UK is facing a huge increase in the number of people with diabetes. Since 1996 the number of people diagnosed with diabetes has increased from 1.4 million to 2.9 million. By 2025 it’s estimated that five million people will have diabetes. Most of them will have Type 2 diabetes because of an ageing population and rapidly rising numbers of overweight and obese people. These figures are alarming and confirm that diabetes is one of the biggest health challenges facing the UK today.

Type 2 diabetes is up to six times more common in people of South Asian descent and three times more common among people of African and African-Caribbean origin.
Diabetes in the UK April 2012 Key statistics on diabetes show that: Among women, diabetes is more than five times as likely among Pakistani women, at least three times as likely in Bangladeshi and Black Caribbean women, and two-and-a-half times as likely in Indian women, compared with women in the general population. In the same survey, diabetes was generally rare among those aged 16–34, but was highest among Indian men (2 per cent), Black African men (1.7 per cent) and Irish women (1.7 per cent). People from the South Asian community are up to 6 times more likely to develop diabetes. The disease can develop from the ages of 25 in people from South Asian communities as opposed to 40 in the white population. For all women, if your waist is bigger than 31.5” and for South Asian men if it’s wider than 35”, it’s a risk factor for type 2 diabetes.

Obesity is the most potent risk factor for Type 2 diabetes. It accounts for 80–85 per cent of the overall risk of developing Type 2 diabetes and underlies the current global spread of the condition. Diabetes runs in Asian families Living sedentary lifestyles. Its prevalence is also due to cultural, religious and lan-guage barriers. It is also due to Lack of awareness and information.

Office of National Statistics figures for 2007 suggest that there are 1.5 million African and Caribbeans in England and Wales. This represents 2.7% of the population (or 3.4% if we include mixed race).
Black communities are at a higher risk and research has shown that awareness is lower within the com-munities. Primary causes are genetics, ethnicity, obesity, cultural and religious barriers.