Showing in various venues in London. To find out more and reserve your spot, click on the link below:

The African History of Sport Film Project is an expansion of the Institute’s Roots of Sport theme, which commemorates black sport persons, who have used sport to transform lives at both grassroots and elite levels. The first three projects focused on the great achievements of table tennis champion Desmond Douglas, and Black and ethnic minorities who forced elitist sport Badminton to become inclusive. Roots of sport was funded by Heritage Lottery Fund in 2013. 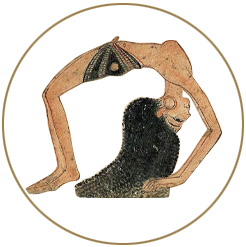 This ground breaking 96 minutes (plus) documentary feature film and learning scheme, focus on over five millennia of ancient Egypt and Nile Valley Civilisations’ sport legacy; using artefacts and audio visual materials provided by various museums and archives; combined with written works by Wolfgang Decker, AD Touny and Steffen Wenig, etc., about rituals dating from the beginning of the third millennium BCE, and lasting for twenty-three hundred years before the first Olympic Games in Greece. The film concerns itself only with the sport, play and games traditions of Twenty Six Kmtic Dynasties ca. 2950 - 525 B.C. before Persian, Hittite, Greco-Roman and Arab conquests. The documentary will be used with a learning pack/scheme, comprising pictures of earliest sports artefacts with information about them, for classroom history lessons and other educational repositories.

The African History of Sport documentary examines sport's prehistory in Neolithic times; how hunter/gatherer techniques became transformed into leisure and sport, preserved by Pharaonic cosmic rituals such as Heb-Sed and other festivals; and the development of athletics as royal demonstration of good health, in keeping with Maat philosophies of governance. African History of Sport documentary also examines the evolution of sports for both royalty and commoners; e.g. Pharaoh’s charioteering, athletics and archery; and wrestling, stick-fencing, jousting, boxing, aquatic sports—all precursors of today's blue ribbon Olympic Sports—for commoners. These sports were called Swetwet, Sedjay-Her and Shmh-IB by their Black African pioneers; and were primarily used to affirm and defend Nile Valley Civilizations; rather than for individual glory; despite the fact that they have evolved as competitive spectacles for entertainment. Similarly, Neolithic hunting activities and techniques, evolved into leisure and sport, thus losing their initial cultural significance. Read More

Sports Culture in Ancient Egyptian dates from the beginning of the fifth millennium BCE and lasted for twenty three hundred years before the first Olympic Games in Greece. Even the long-lived Olympic Games of Greek antiquity, which endured nearly twelve hundred years from the listing of the first winner in 776 B.C. to the banning of the games as a pagan cult towards the end of the fourth century A.D. holds not a candle to the unbroken sport tradition of Pharaonic Culture, which later came under the influence of sport culture of the Greco-Roman epoch; itself influenced by the sport culture of Kmt and other Nile Valley Civilisations. Contextually, the Modern Olympic Games, undoubtedly the most important international event of the contemporary sport world, have lasted less than a century, compared to the majestic life-span of ancient Nile Valley Civilisations sports heritage. However, this project—The African History of Sport—concerns itself only with sport traditions of Nile Valley Sport traditions from ca. 2950 - 525 B.C. before Persian, Hittite, Greco-Roman and Western European influences

Association of the power and ability to govern, with physical fitness, did not begin with British Prime Minister David Cameron or French President Nicolas Sarkozy, both of whom were often seen out on a run; or with the very sporty Russian President Vladimir Putin, Mayor of London Boris Johnson, or even Jimmy Carter, President of the United States between 1977-81, who had a reputation as a fit sportsman; and who was often spotted jogging while campaigning for the Presidency. Significantly, in 1979 an image of President Carter looking rather haggard and being picked up by his bodyguard having collapsed while jogging, is thought to have contributed to his loss of the presidential election in 1980. The Pharaohs knew very well how to avoid such catastrophes. Demonstration of fitness and sporting prowess were part of Kmtic philosophy of governance; a way by which Egyptian monarchs presented themselves to their people as physically strong, healthy, invincible specimens, capable of long powerful and protective rule; as opposed to physically weak, unhealthy and incapable of strong governance, like the unfortunate fate that befell President Carter.

The ideal Egyptian king therefore, was a strong warrior and hunter, as well as an enduring athlete. The origins of the athletic kings cannot be dated precisely, but undoubtedly reaches back into Egypt’s prehistory, when chiefs had the task of protecting the clan and securing its physical survival. For nomadic predecessors living on the borders of the desert and on the Savannahs, this meant surviving as hunters and providers of ample supply of meat. It also meant the ability to overcome large animals like lions, hippos, rhinoceroses, crocodiles and so on. When hunting ceased to be for the mere provision of food, leisure and sport began Read Less 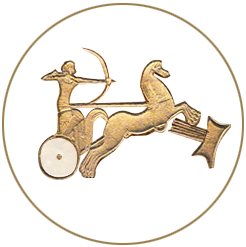 The African History of Sport documentary and learning packs, have been funded by Heritage Lottery Fund, with the following objectives:

a] To reveal the hidden history of Africa's contribution to World Sport and Games, a rich history which is under researched and virtually ignored compared to Greek/Classical history of sport; but is fundamentally significant, since nearly all of today's blue ribbon sport originated in Nile Valley Civilizations.

b] Create a quality audio-visual record of this history that will provide wider and easier access to a currently esoteric subject; for the development of self-esteem amongst Black youngsters/people, based on pride in self-knowledge and identity.

f] The need to use knowledge of Africa's sport heritage to mobilize and encourage parents of African descent to take up nontraditional sports/leisure activities like swimming as lifestyle, or as health and fitness regime and encourage their children to do so. 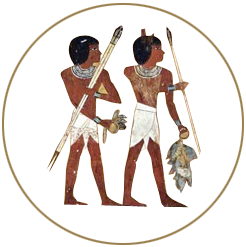 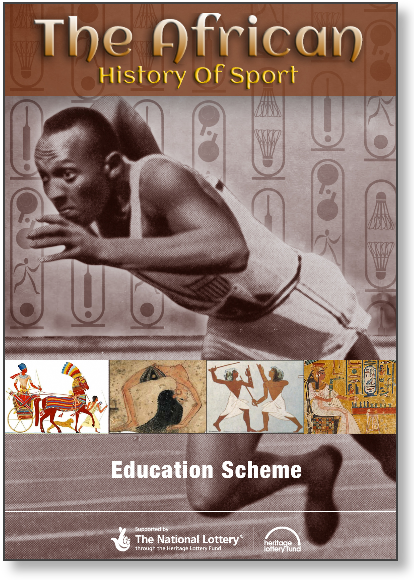 Learning materials will also be produced for the following purposes:

i] Roots of Sports online resource

vi] Sports Clubs will use the film/learning pack for wet play interactive activities.

vii] IBCM&S will use the film for Black history month seminars and workshops.

viii] Film will be used as learning resource for libraries

x] By the Prison Service.

The African History of Sport documentary and Project will provide the following opportunities:

The Institute of Black Culture, Media and Sport warrants as follows: